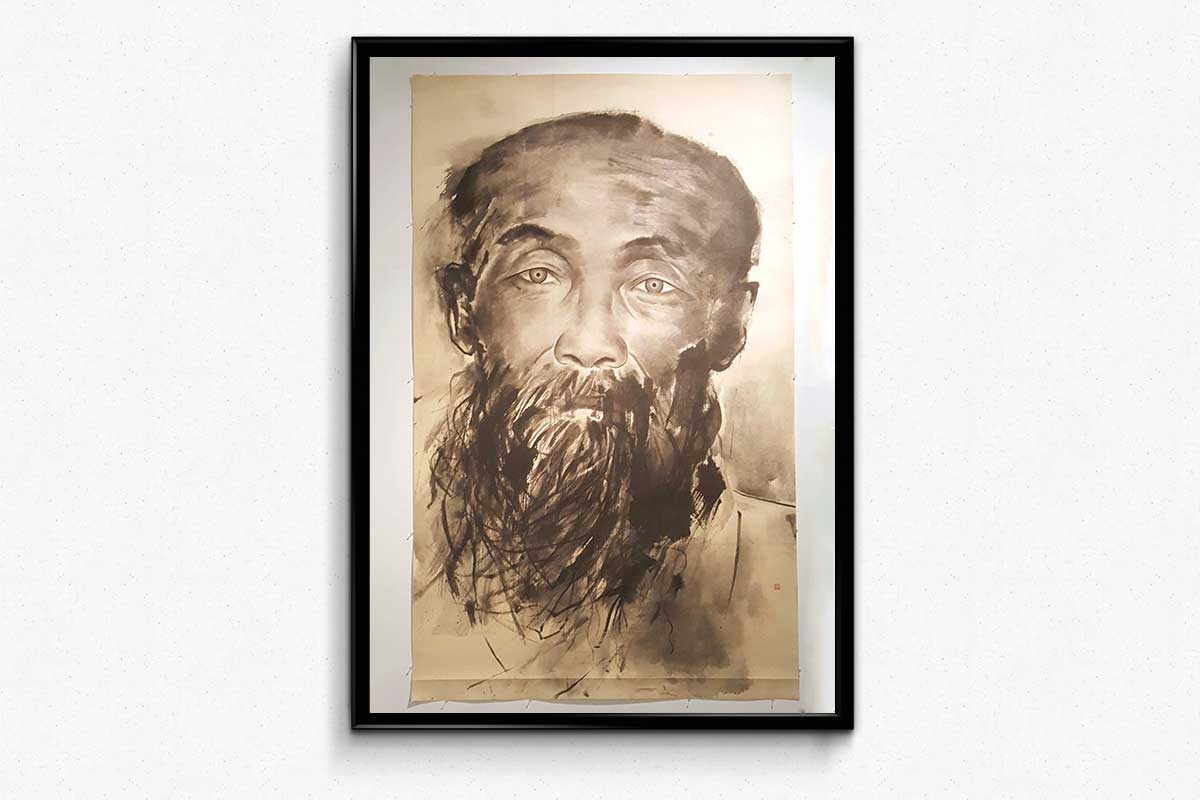 Exhibition ‘Hiding Inside the Light’ at NGMA

‘Hiding Inside the Light’ is a solo exhibition that features works of art encompassing last four decades of Ho-suk’s practice. This exhibition attempts to portray Ho-suk’s journey of exploration of Korea. It presents key works from his series of portraits, landscapes, animal figures and scenes from daily life which are almost like research that provides an intimate understanding of the social, cultural and political aspects of Korean life. The artist has presented total 83 works of art from the late 1970s to the present, which includes 30 new works.

Artist Kim Ho Suk says that he is honored to hold an exhibition in India, the country that is the origin of religion, spirituality, the Ganges river, spices, harmony of variance, kindness, greatness, mystery and curry. He also says that the current society where he is living in is the root and fountain of his art. He is trying to depict meanings of everything living in this world.

I took forms out of my paintings. Only dots and lines are left behind to make forms: all that I work with is the black and white. I think that the harmony of the black and the white is the essence of the Korean ink paintings. I aim at the harmony of fire and water in my paintings, No such notions as superiority and inferiority are possible in nature. Nature works on principle of Ching Mul Pyungshi meaning weighing things on the scale and sharing; that is, subtracting when overflowing but adding when lacking. Nature continues to exist in perfect equilibrium undergoing endless changes and generations.

The ultimate purpose of the India ink paintings of Kore is to represent the high spiritual values of Korean people. Conciseness and simplicity are characteristic of the Korean painting. This exhibition displays the fruits of my labor to crystalize my life and experience into works of art. They also reflect what I have been thinking of: the Zeitgeist.

I have also been considering the true nature of things, in process of which, trivial forms of life came to draw my attention which I adopted as the subject matter for my paintings on exhibition. I intended my drawings to be the spaces of harmony between forms and blanks. I did not use brushes and Indian ink allowing each drawing larger blank spaces and smaller explanations. For the blank spaces are full of energy of the universe.

Born in rural South western Korea in 1957, Kim Ho-suk’s works of art offers an illuminating insight into a life of an artist that reflects upon reciprocal affinities, progressive intellectual movements and role models that range from religious and political figures to farmers and vendors that captures the essence of homogeneous unitary pride of the populace in its heritage. His practice is an amalgam of the rich legacy of the land and its tumultuous modern history and reflects the role of the nation in flagging the importance of the past. It also portrays the role of the nation in institution building and the importance of people participation in matters of national pride. Ho-suk’s each series reflects his in-depth study, survey and understanding of his land and its people. His works are also a documentation of a generation between the 1950s to 1970s in Korea that believed in emphasizing on the cultural heritage as one of the most suited methods that would help the nation rise as a coherent powerful unit from the ravages heaped on it through relentless domination and war and they strongly felt a sense of responsibility to pass down a bright and conflict-free Korea to the future generations. Ho-Suk’s works respond to the greater public awareness about the importance to preserve Korean legacy in order to have their own identity and standing in the world.

No comments to show.
Go to Top